The Dana New Music Festival, now in its 28th year, will feature a wide variety of styles and media from April 23 to May 2.

The Principal Guest Composer, Kathy Henkel, a frequent participant in the Dana New Music Festival, holds degrees from UCLA, and California State University at Northridge where she studied with Frank Campo and Aurelio de la Vega. Henkel has worked in Los Angeles as a scriptwriter-producer at KUSC-FM (the statewide PBS classical radio station), as program annotator for the Los Angeles Chamber Orchestra and various chamber music groups, writer of liner notes for Pro Piano Records in New York, pre-concert lecturer for chamber recitals and school outreach programs, and is owner of the Sign of the Silver Birch Music Publishing Company. Henkel composes in a variety of styles often featuring double reed instruments. Her works have been played in England, Italy, Austria, Canada, Mexico, and across the U.S.A. She will be represented by several chamber works throughout the festival. Her Salve Regina for voice and harp, and Book of the Hours for harp will played 3:30 pm., Sunday, April 29 at a recital at Holy Apostles Parish (421 Covington Street, Youngstown). Soprano will be Colleen McNally-Harris and harpist Kirk Kupensky, alumnus of Dana. Dana Faculty involved in the preparation of Henkel’s works include Tedrow Perkins, oboe; Alice Wang, clarinet; and Alan Mosher, voice, as well as their respective students.

Two recitals featuring guest artists will be presented at the Festival. The duoARtia comprised of pianists Holly Roadfeldt (Lafayette College), and Jeri-Mae Astolfi (University of Wisconsin), will perform 8:00 pm, Monday, April 23 in Bliss Recital Hall. Both pianists are active as performers of contemporary chamber and solo music. The program will include works by Dana composer Robert Rollin and Westminster College composer Daniel Perttu as well as works by Ravel, Garcia, Bartók, O’Riordan, and Lutoslawski. 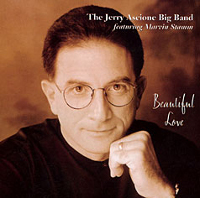 At 8:00pm, Monday, April 30 the Wind Ensemble, Dana Chorale, and University Chorus will perform a concert at Stambaugh Auditorium. The guest composer will be Jerry Ascione, an alumnus of the Dana School of Music where he studied horn with William Slocum and played piano with the YSU Jazz Ensembles. Ascione played Assistant Principal Horn in the United States Naval Academy Band and won the jazz piano position with “The Commodores” of the United States Navy Band, later becoming its leader and musical director from 1989-1997. He then assumed the role of piano soloist with the Navy Concert Band. During his distinguished career he has written many big band and orchestral arrangements. Currently Ascione is head arranger for both the United States Naval Academy Band and The Commodores.

Concert accordionist Mary Tokarski, an internationally-acclaimed soloist and educator, will present a recital 7:00 pm, Wednesday, April 25 at Holy Apostles Parish (421 Covington Street, Youngstown). Tokarski started playing accordion at age seven and has gone on to win a multitude of awards performing both nationally and internationally as a soloist, with orchestras, and as a member of the “K” Trio. She is also the founder and director of the Tokarski Music Center in Connecticut. She will perform works in a variety of styles. Tokarski will also give two lectures at Dana: “An Introduction to Composing for the Accordion” at 5:10 pm, Monday, April 23, and “New Music Resources for the Accordion” at 3:00 pm both in Bliss Hall Room 3150.

Additional recitals will occur 11:00 am., Friday, April 27 in Bliss Recital Hall and 12:15 pm, Wednesday, May 2 at Butler Institute of American Art. These and other programs on the Festival will highlight chamber works by Henkel and also premiere several student compositions. Included will be: two songs by Carol Ann Smolka , “In Flanders Fields,” and “Red School House;” a viola and piano duo “Left Behind” by Samantha Hogan; and a violin/piano work by Jesse Martin. Two flute duets will be premiered; Mist in the Glen by Marlon Raskin, and a duet by Cory Davis. New Music Guild, Inc. member and Youngstown composer Richard Zacharias will hear his We Can Talk: Duo for Oboe ad Bassoon and a premiere of Vignette for String Quartet.

The New Music Society is pleased to host the newly-founded duoARtia at the opening concert of the Dana New Music Festival 8:00 pm, Monday, April 23 in Bliss Recital Hall. The group is comprised of pianists Jeri-Mae Astolfi (Wisconsin) and Holly Roadfeldt (New York). Both pianists individually promote works of 20th and 21st century composers. Realizing they shared similar artistic goals, they joined to form duoARtia and launched their performances in the 2011-2012 season. On this tour they have collaborated with three composers; Robert Rollin at YSU, Daniel Perttu at Westminster College, and Federico Garcia at Chatham College in Pittsburgh. Works by all three composers are including on each school’s program. Next season they plan to include more newly-commissioned works.

Canadian born Jeri-Mae G. Astolfi has studied in at the University of Alberta, McGill University, and the University of Minnesota where she completed her doctorate. She has received many awards, scholarships, and grants, and has traveled extensively as performer, lecturer, clinician, and adjudicator throughout Canada, the U.S., and abroad. A specialist in contemporary music she has commissioned and premiered many new solo and collaborative works, and is recorded on Capstone Records, Albany Records, and on various anthology recordings for the Society of Composers Inc. Performers Recording Series. Astolfi is currently on the music faculty of the University of Wisconsin, Oshkosh.

American Holly Roadfeldt studied at the Eastman School of Music, Indiana University, and the University of Colorado in Boulder. She is active as a pianist of standard and eclectic music and has participated in several international competitions, being a semi-finalist in the Concert Artists Guild International Competitions in 1998 and 2001, and winning one of the top prizes of the Frinna Awerbuch International Piano Competitions resulting in a performance in Weill Recital Hall at Carnegie Hall. She is active as a chamber musician and soloist performing across the U.S. and in Europe and Asia with other established concert artists. Currently she teaches at Lafayette College and has a private studio in New York City.

The concert is free and open to the public. Parking is available in the adjoining deck for a nominal fee.